“Events are in the saddle, and they ride mankind.”

That quote (supposedly Ralph Waldo Emerson, but the Googles weren’t sure) is pretty much my life for the past month or two.  I don’t think events have even put a saddle on me, actually.  I think they just have spurs and a bullwhip and are running me ragged.  Sheesh.

But…I have returned from my honeymoon!

It was lovely.  Due to wireless internet on the cruise ship being expensive (over $1 a minute? What?!), I didn’t check ANY email for the whole trip, from the time we were in the Chicago airport about to leave the country, until we got to the hotel where we were staying the night before leaving Italy.  It was kind of a relief, actually.  I was FORCED to unplug!  And since getting back, I haven’t been fiddling with my phone as much either, which is good.  You can actually accomplish things that way!  Or just notice your surroundings, how about that!
Anyway, highlights of the trip include… 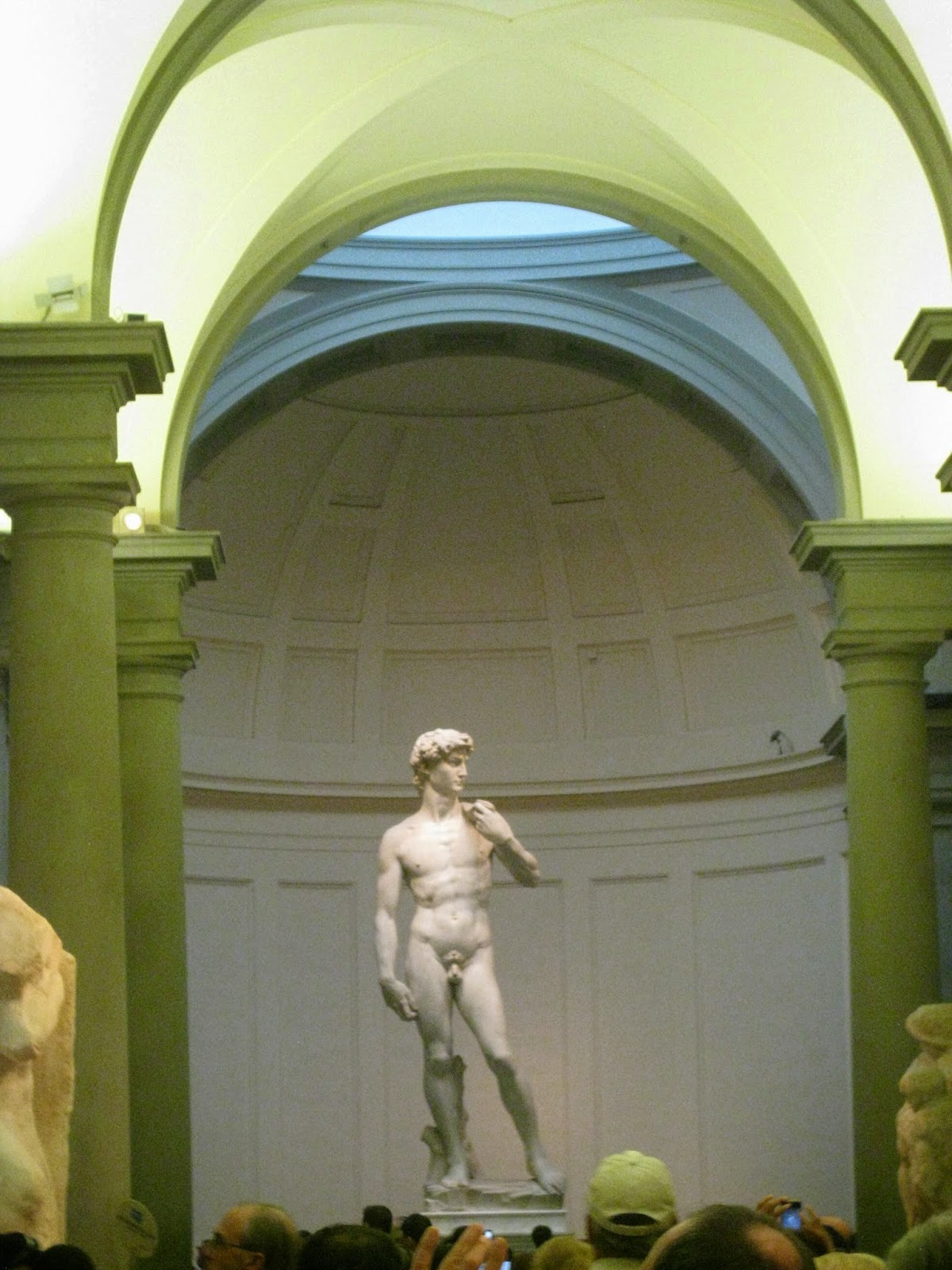 – Seeing the original David in Florence
– Real Italian gelato!  Not to mention cappuccinos, espresso, and my new favorite, Santa Rosa pastries (like a sfogliatella but with candied lemon peel in the filling…so good). 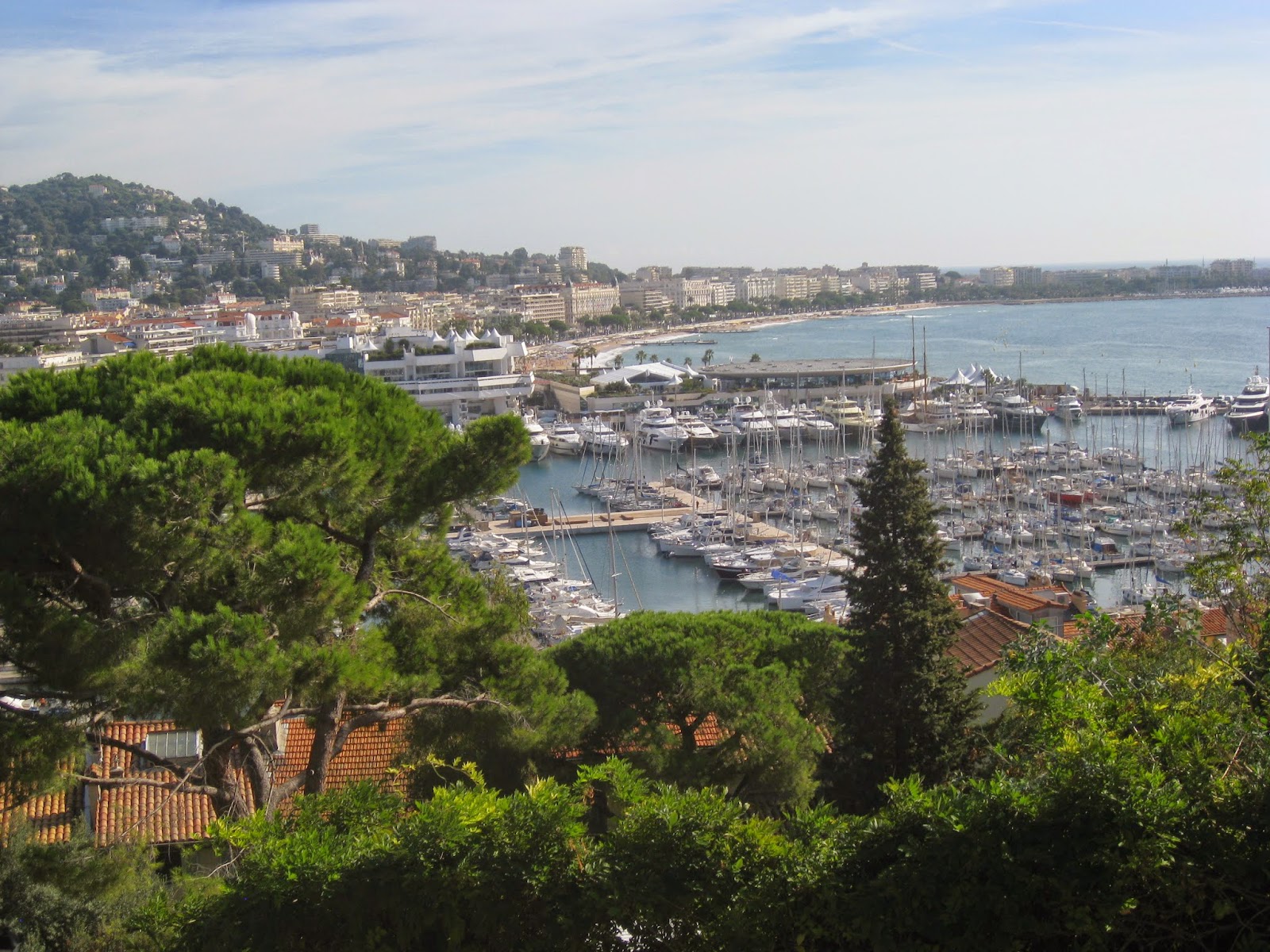 – Cannes, which was beautiful. 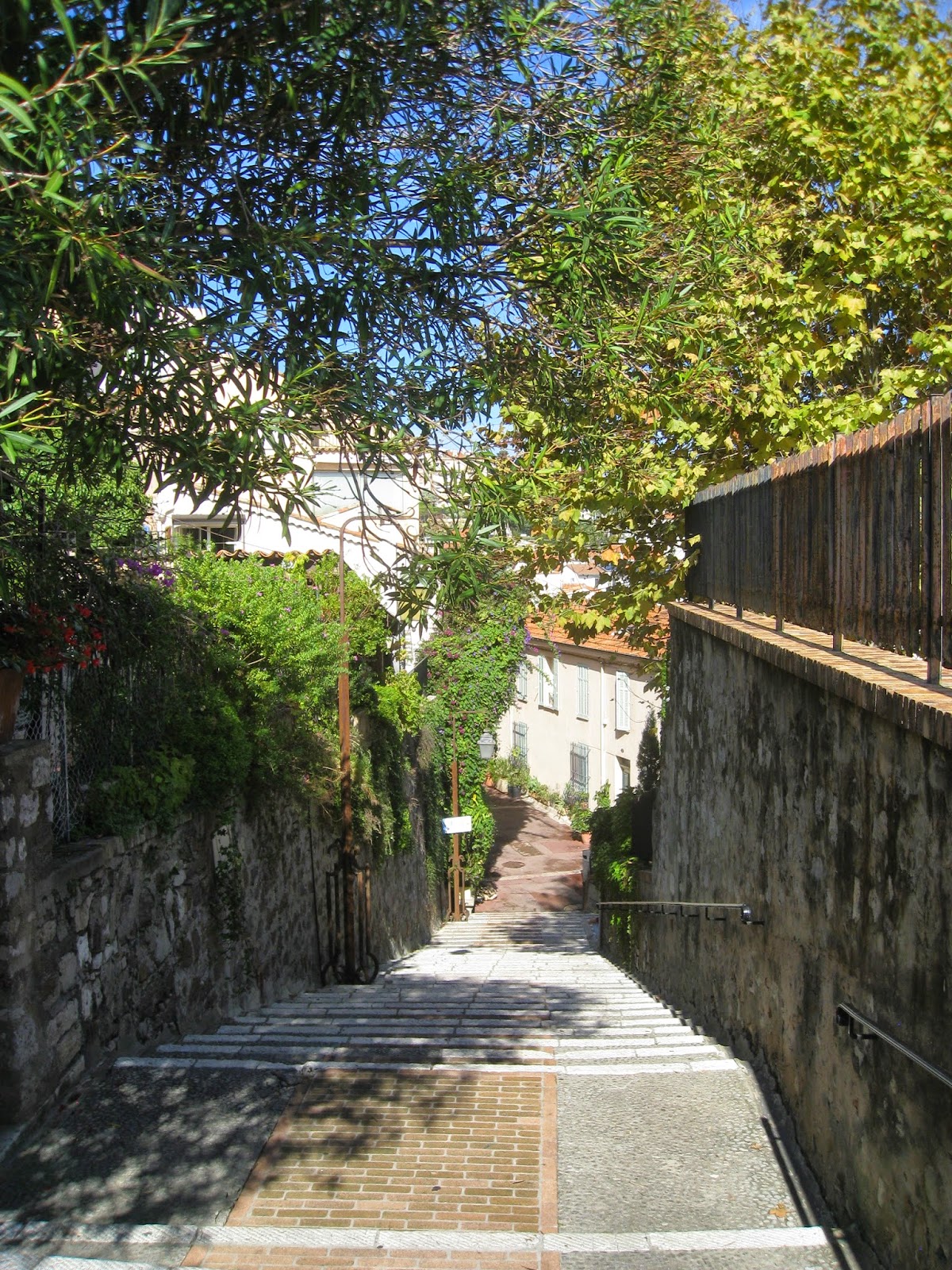 – Baffling European street art.  I get a huge kick about walking around a new city and seeing all the little weird ways people have embellished it.
– Seeing a random German marathon in Palma de Mallorca.  I swear, I should have studied German before going on this trip, not Spanish.  I barely used any Spanish, but at least with German I could talk to the other tourists!
– There were also lots of cool little parks and sculptures sprinkled throughout Palma, including this sculpture by Miro: 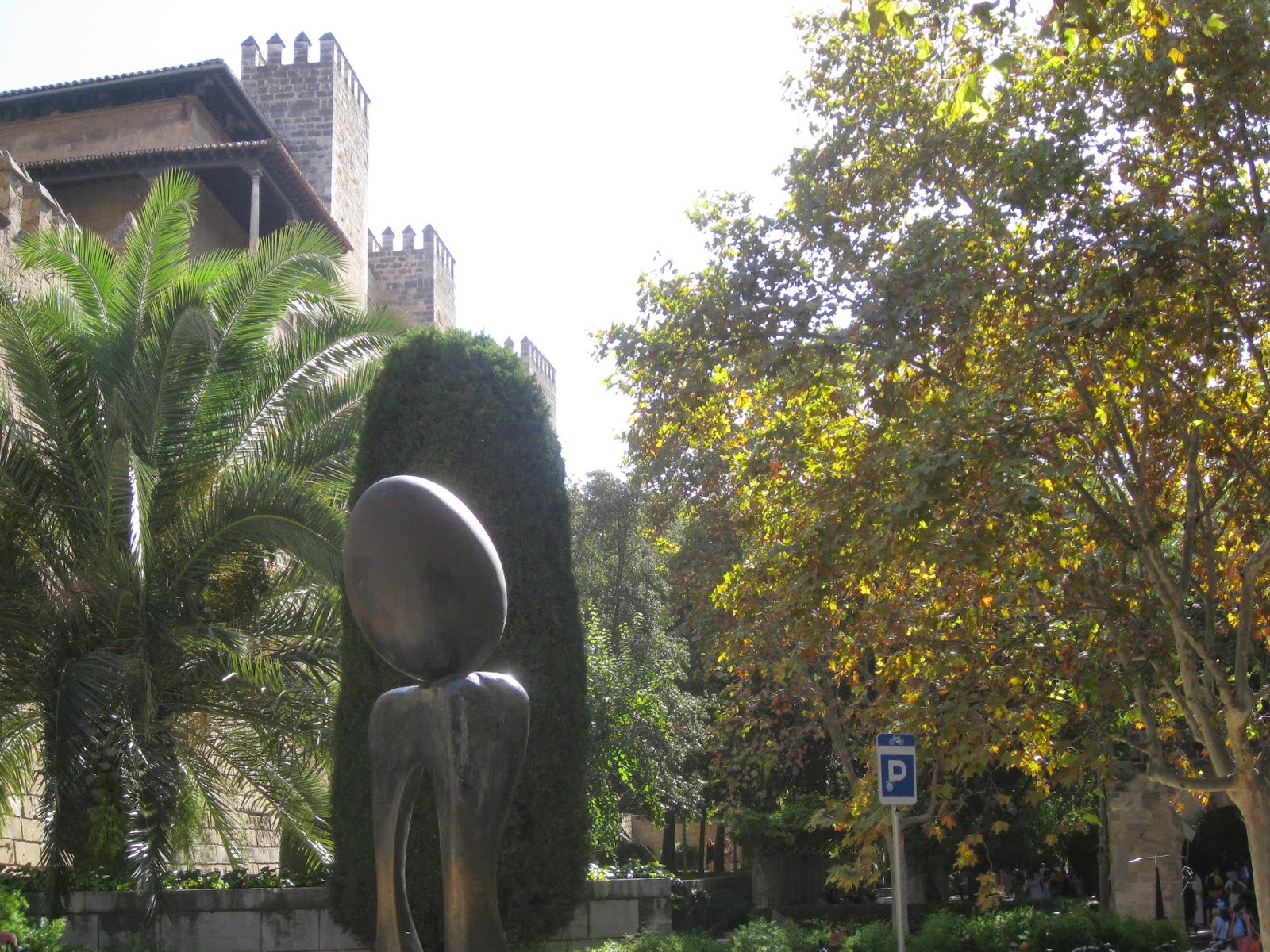 – Getting to see Sagrada Familia in Barcelona again… 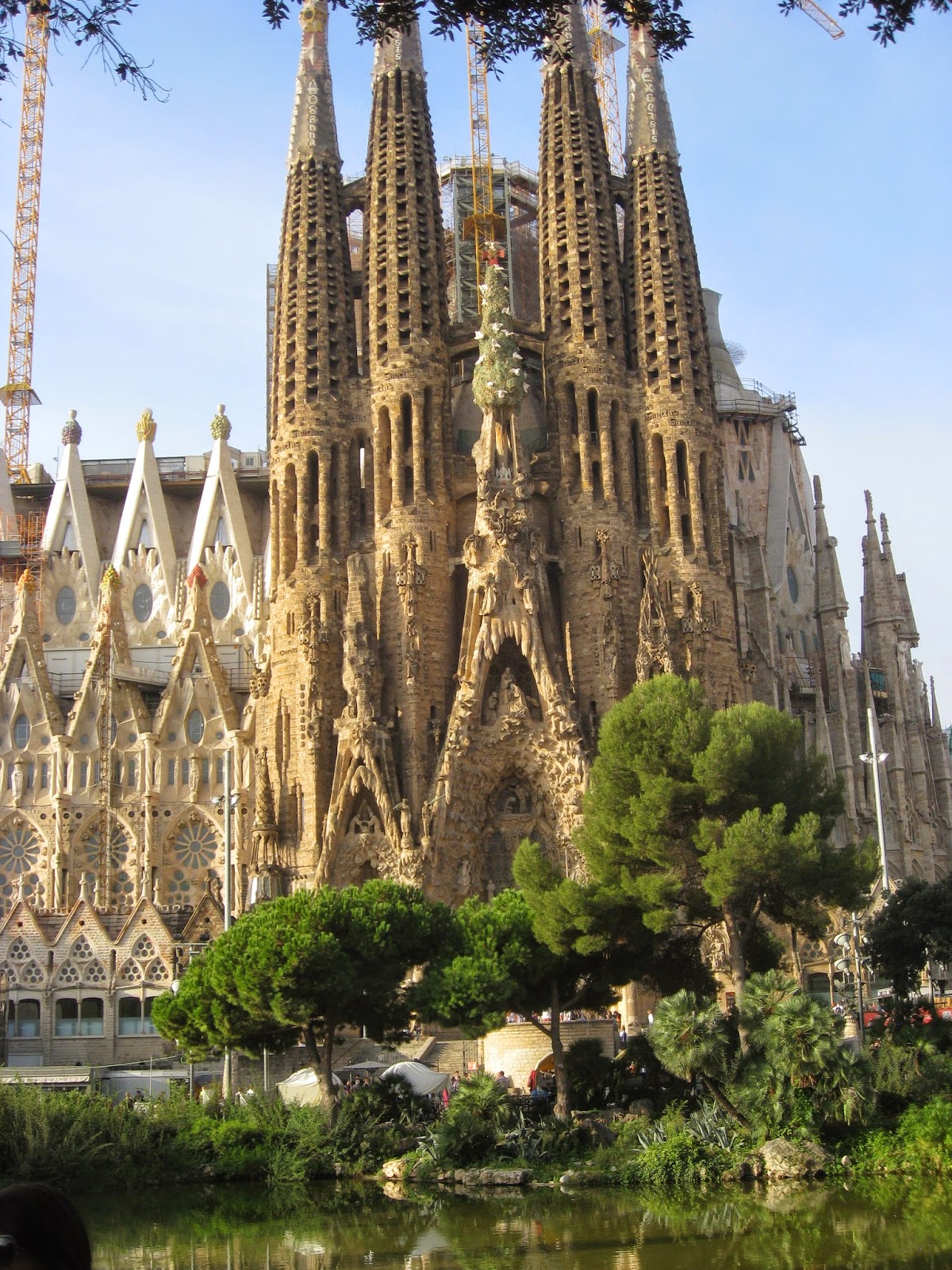 I last visited Barcelona in 2006, and it was much different.  It’s been constantly under construction for over 130 years now, and will be finished in 10 or so more years.  When I was here before, there wasn’t even a roof on this church (nor was it even an official church, not until 2010!).  This time, there were some new turrets, and we got to go inside, and it was magnificent. 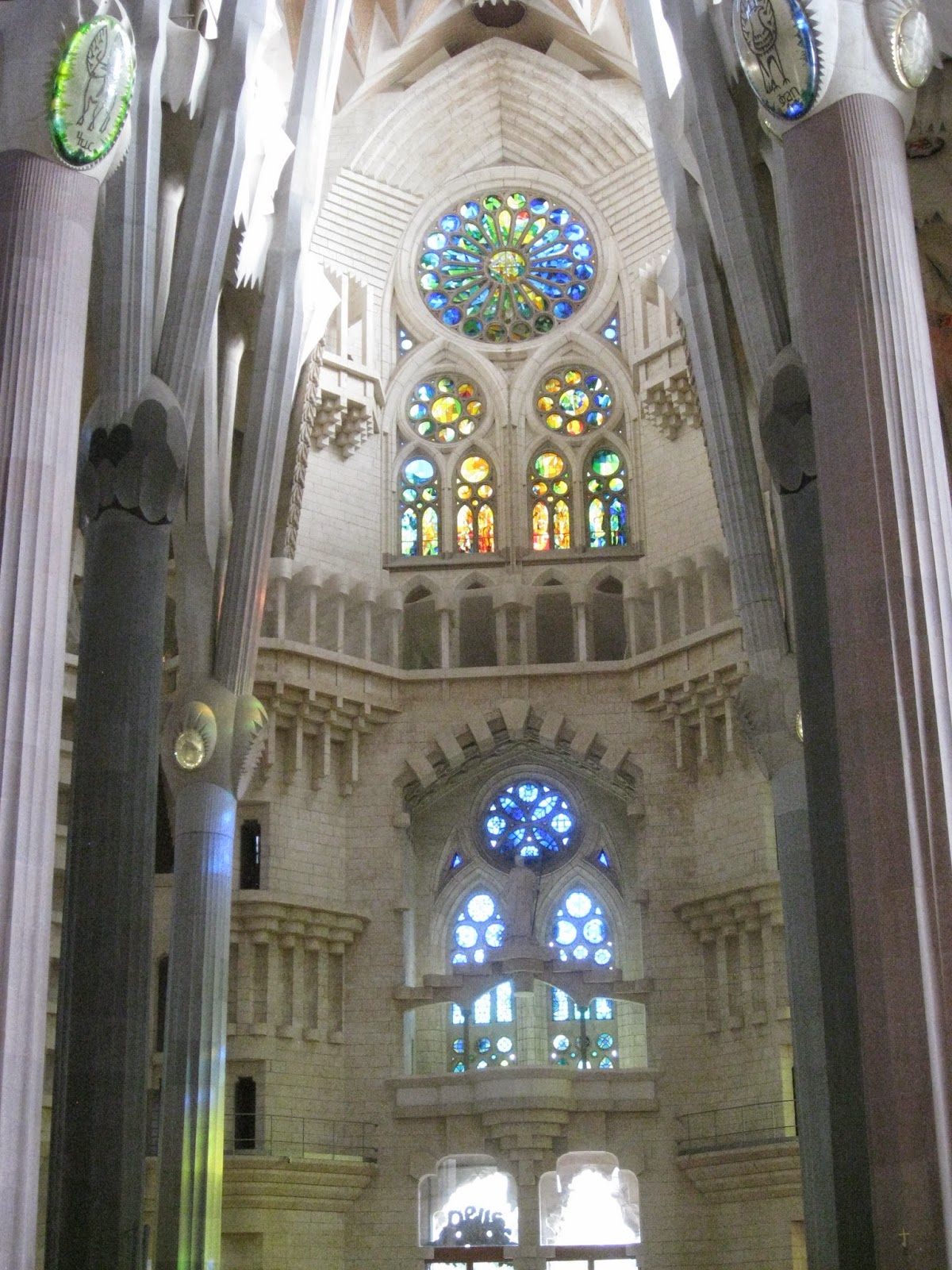 – Real Spanish paella, and cava!  Spanish food is one of my favorite cuisine styles, seriously.
– The art gallery on board the cruise ship.  I discovered a lot of cool modern artists that way, and I was sad I couldn’t afford to buy some of the pieces (there were two Itzchak Tarkay prints that I reeeeeally wanted).  They had an art auction, which was actually very educational to attend.  They also showed the Dali/Disney collaboration short film “Destino” one night, and were auctioning off beautiful prints of stills from the film (again, sadly couldn’t afford).
– The water slides on the cruise ship were pretty neat too. 🙂 Yes, I did go on them.  Yes, I am almost 30 years old.  No, I don’t care. 😛 There were older people going on the slides too, and going “WOOOOOOO!” as they slid down.  I didn’t feel too old in the slightest, so there. 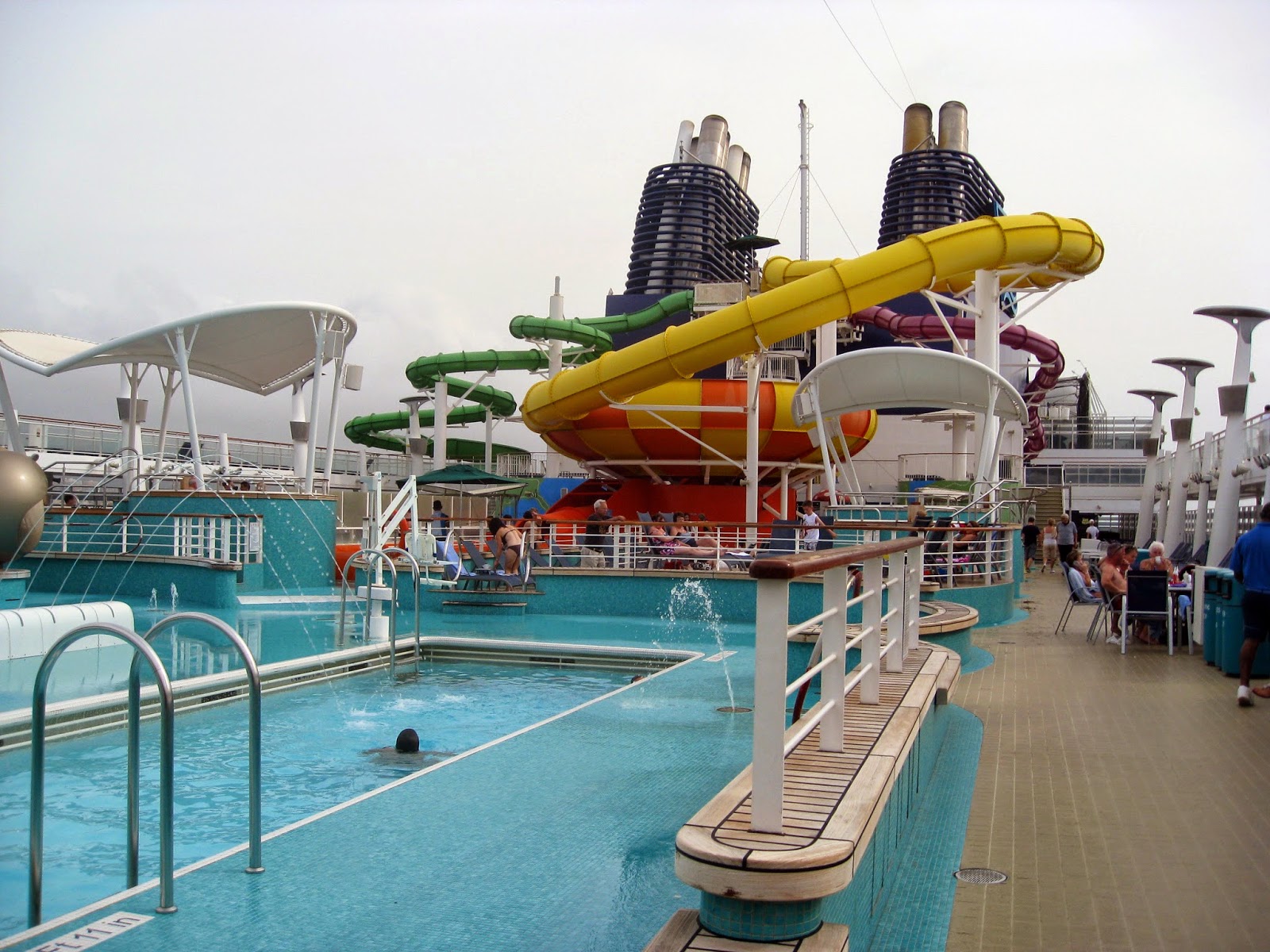 – The array of food on the cruise ship too.  There was a whole level that was basically a giant buffet, and was open most of the day.  It was awesome.
– The cruise ship even had an ice bar.  Of course we went in and had some drinks there, duh.  It had ice statuary of bears and vikings.
– The Amalfi Coast.  There are insufficient words to describe how beautiful that place is. 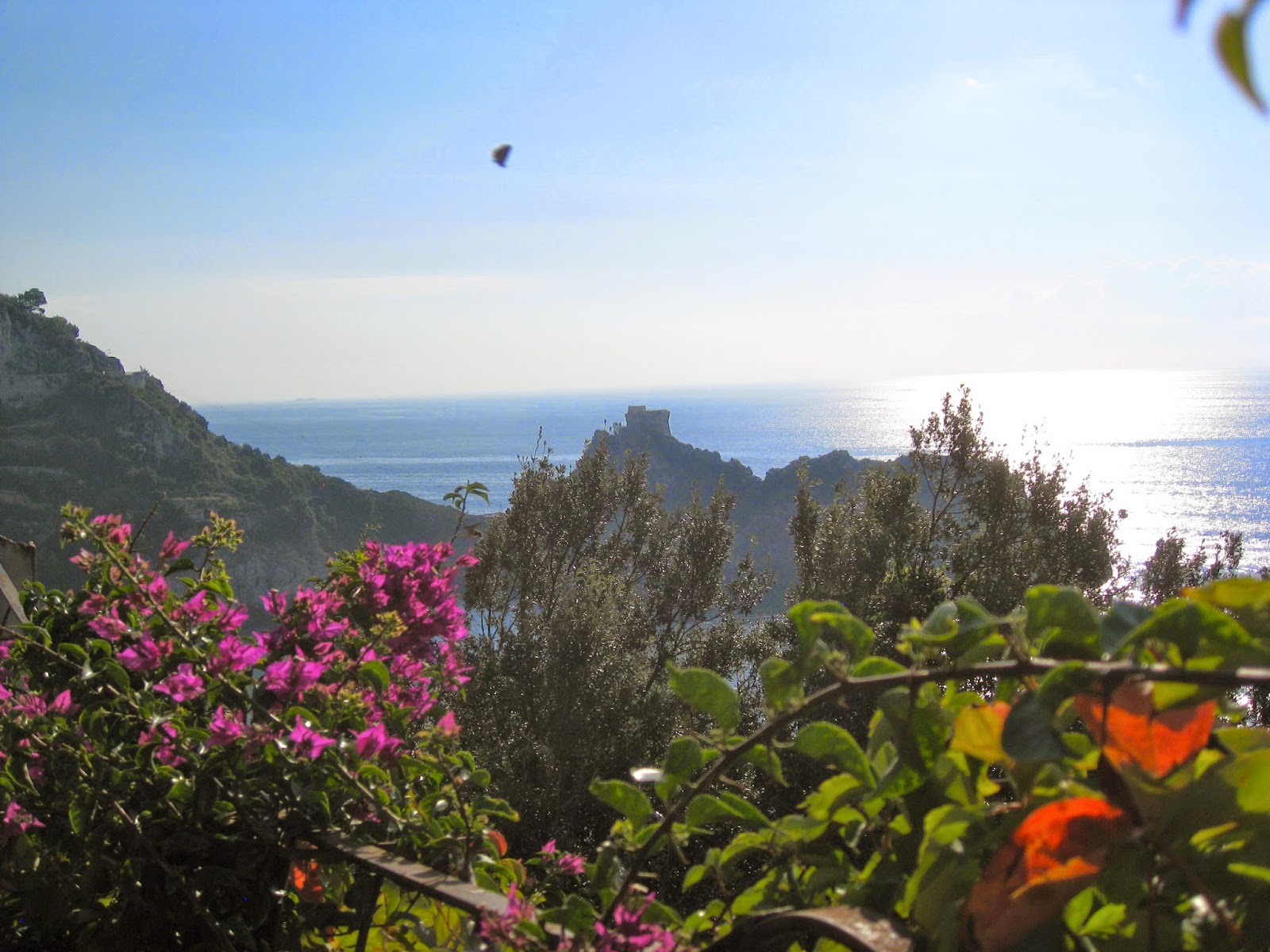 – Seriously, look at this. 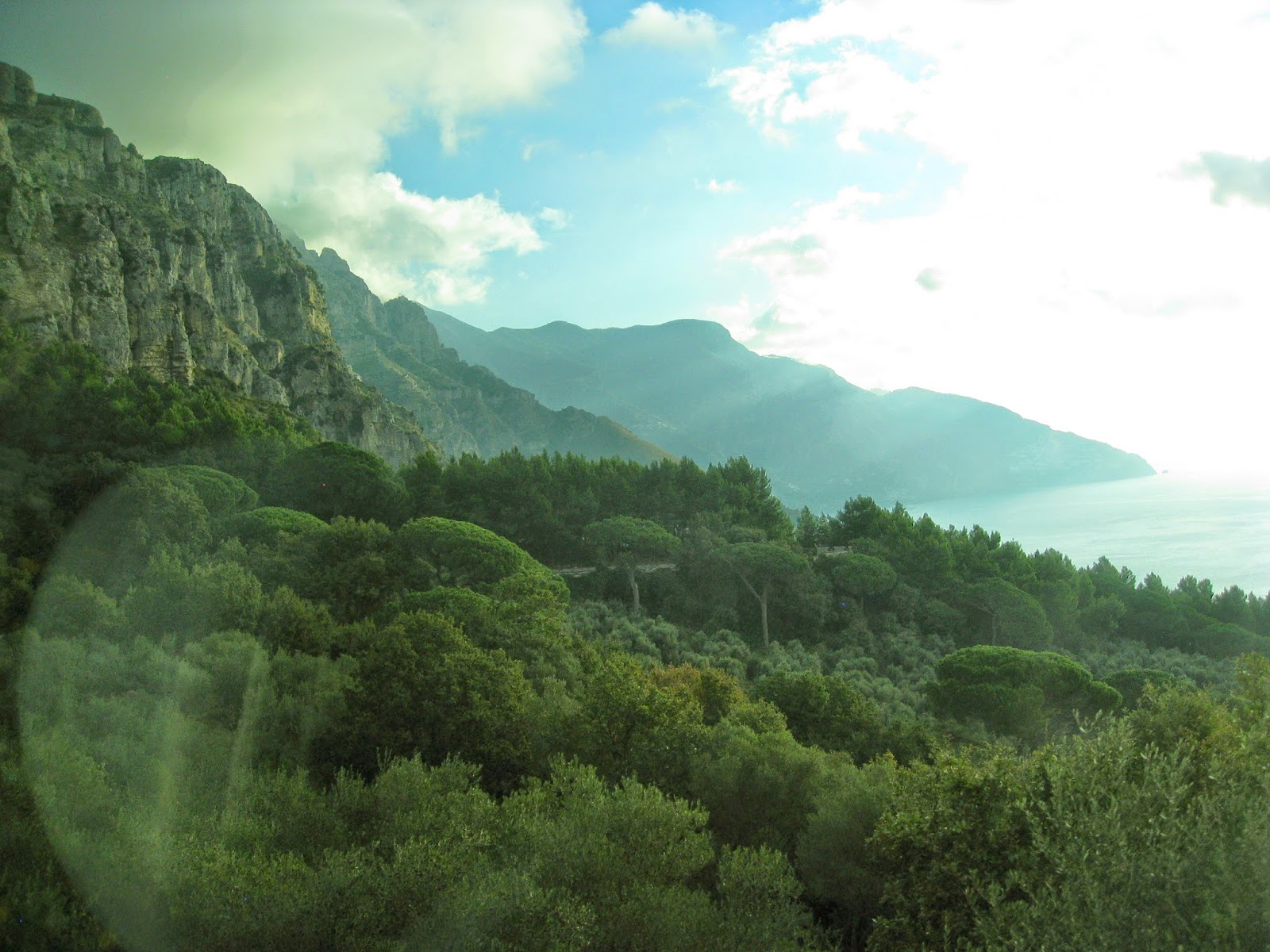 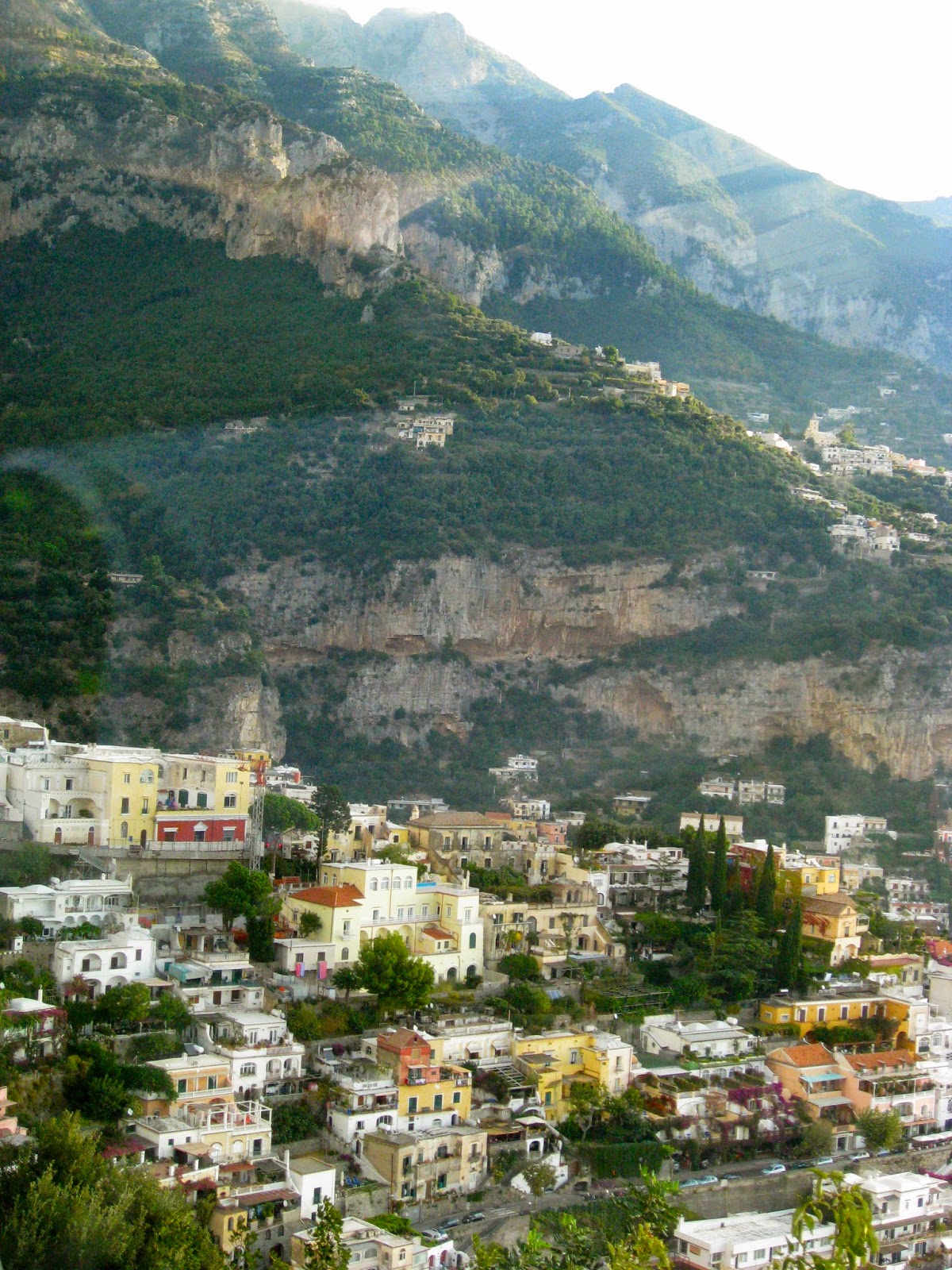 – Pompeii was cool too.
–  A non-highlight…the Trevi Fountain had scaffolding all over it.  Bummer.
– Getting to see the Pantheon. 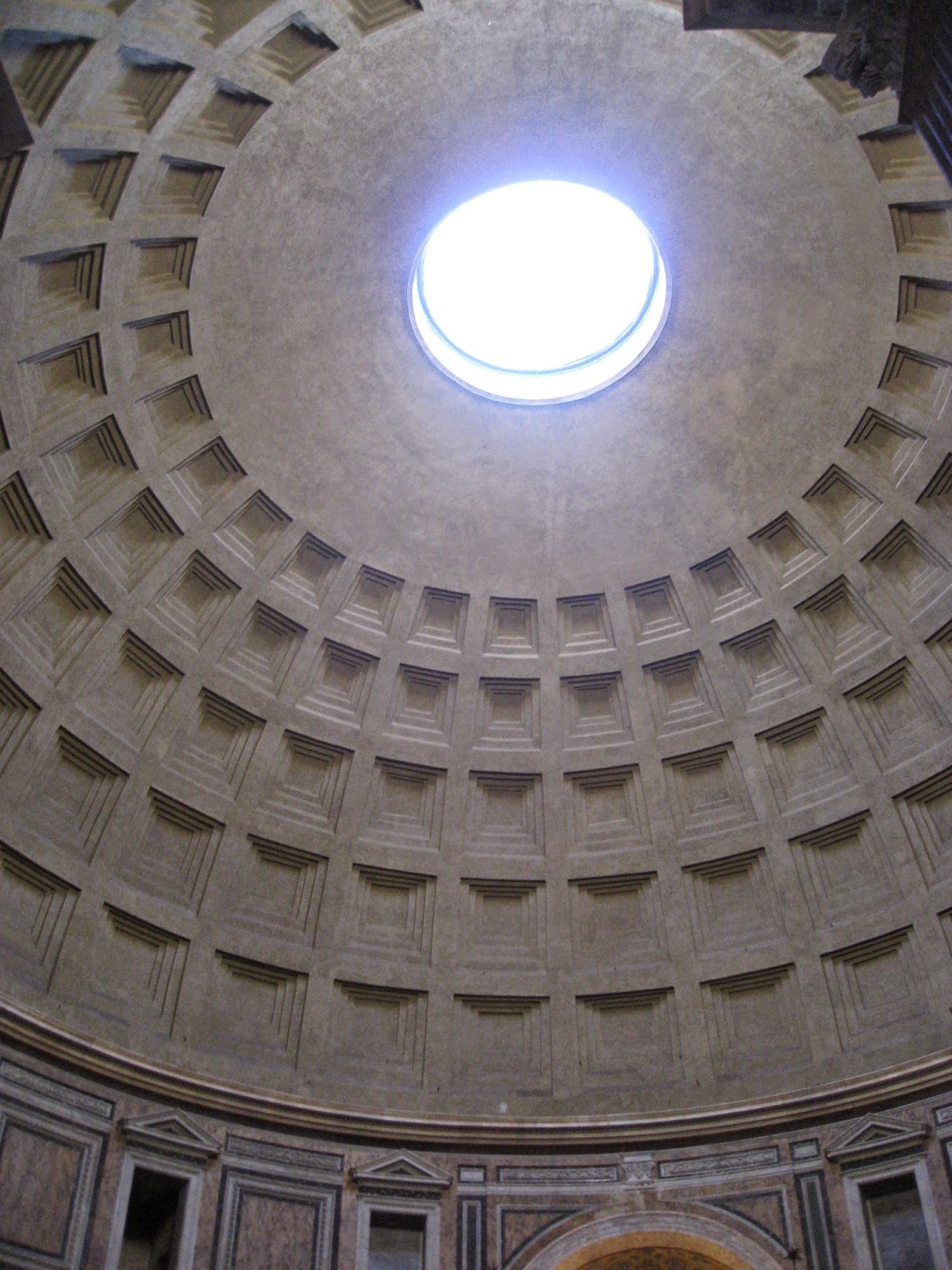 – And this Bernini fountain.
– The Coliseum is cool, but Palatine Hill next to it is just as awesome, I think.  I love all these earth-brick buildings. 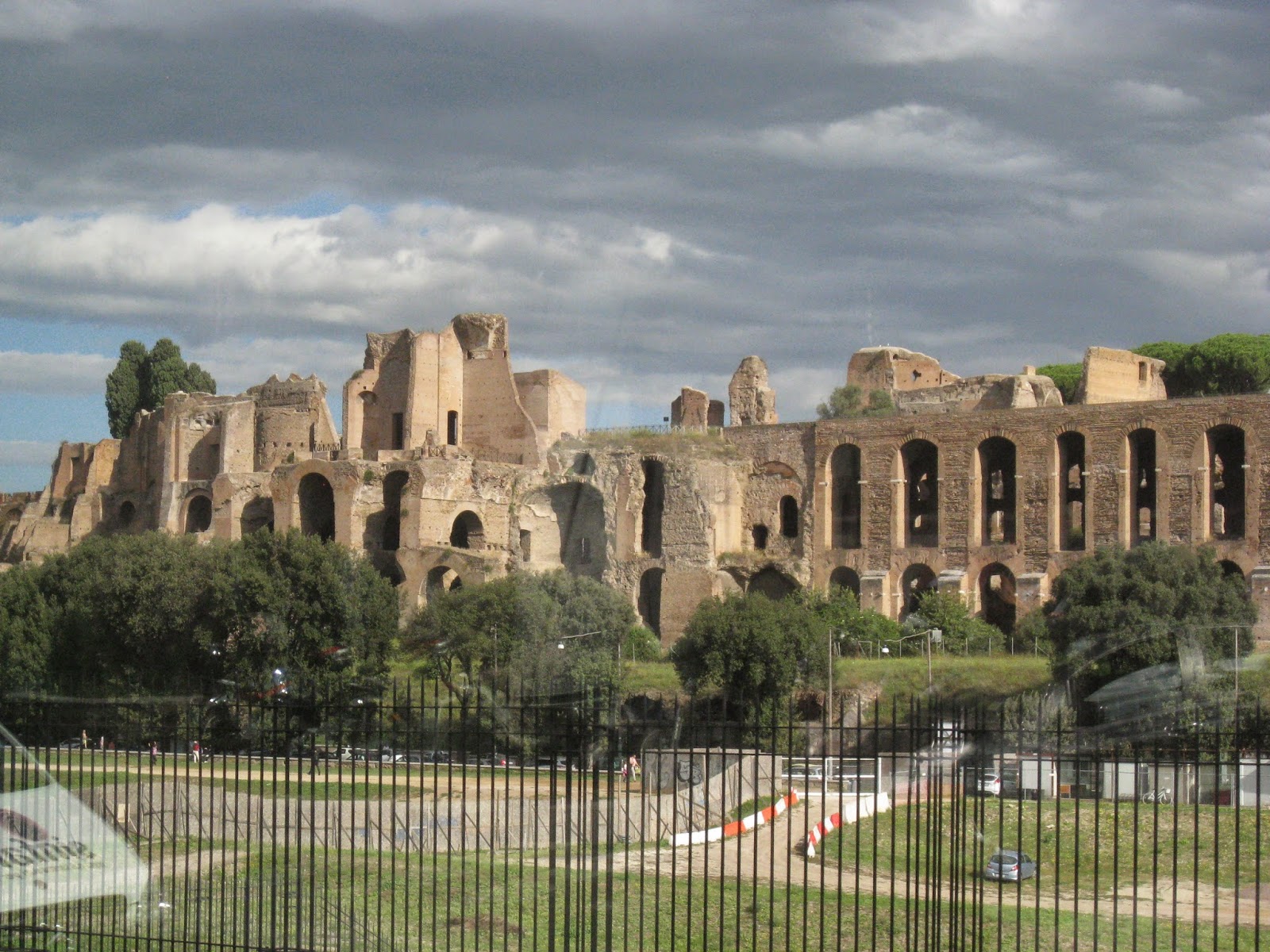 – Finally, on our last day we stayed in the little town of Fiumicino, near the airport, and just had some good seafood and wine and relaxed in our cute hotel.  With almost NO other Americans around! (I like doing that on trips too, finding places where I’m the only tourist.  It’s not as hard as you’d think!) That was a nice end to the trip.
Now we’re back for the foreseeable future. (Because I can’t afford to go on another trip again for a loooong time!) And we are in the process of moving…but I’ll save that story for another post.