Inspired Monday: the voice of my childhood

This was a post that was hard to write, because it is in part a Robin Williams tribute post, and it was several weeks after his death before I could bring myself to watch one of his movies (and I still don’t think I can watch Dead Poets Society or What Dreams May Come without bawling through them, so…this post is not about those movies!).

I know it’s cliche at this point, because so many people have written so many things about him, and done it better than I probably will.  But I really did grow up with his work…I mean, when you were born in the 80s, you’ve seen him in so many movies he was like part of your family, like your crazy uncle.  Obviously there was Mrs. Doubtfire, Aladdin, reruns of Mork and Mindy if you were a weird kid who liked Nick at Nite (like me)…but what I want to talk about is Fern Gully.
I had a huge, borderline-unhealthy obsession with this movie from age 8 to 10.  I was a fairy on at least two different Halloweens, I used to stay up late (i.e. until midnight) every weekend watching this movie and reenacting scenes in our living room, and I tried to convert my younger cousin to my cult too (with some success – somewhere there is a video of her and me performing our best attempt at an abridged “Batty Rap”).

So this movie was my life.  But you know what, there are worse movies to be obsessed with.  At least the movie’s message was a positive and environmentalist one: plant more trees, don’t cut them down, don’t pollute, save the rainforest, etc.  It could have been less preachy, sure, but at least the movie had other things going for it, from a kid’s point of view, than simply a message, which is more than I can say about some kids’ movies with messages (*cough*Lorax*cough*). 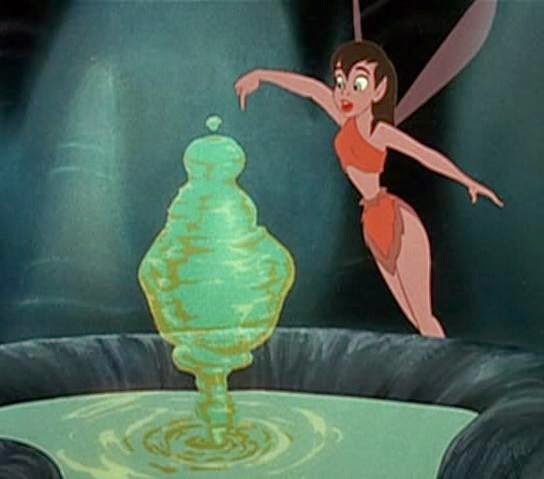 Plus, it was a great movie to “grow up” in: as a kid, I didn’t want to be a princess who just sat around looking pretty, I wanted to be a fairy who helped things GROW!  That sounded like a great life, to me…you get to fly around in a lush rainforest, helping seeds germinate and growing unusual rainforesty plants all over the place.  And you get to talk to weird birds with crests on their heads.  And the lizard who sounded suspiciously like Tone-Loc would leave you alone.

The art style of the movie really captivated me as a child, and was probably a big contributor to me becoming an artist later.  Not just the beautiful rainforest scenes…although wouldn’t you just want to LIVE here? 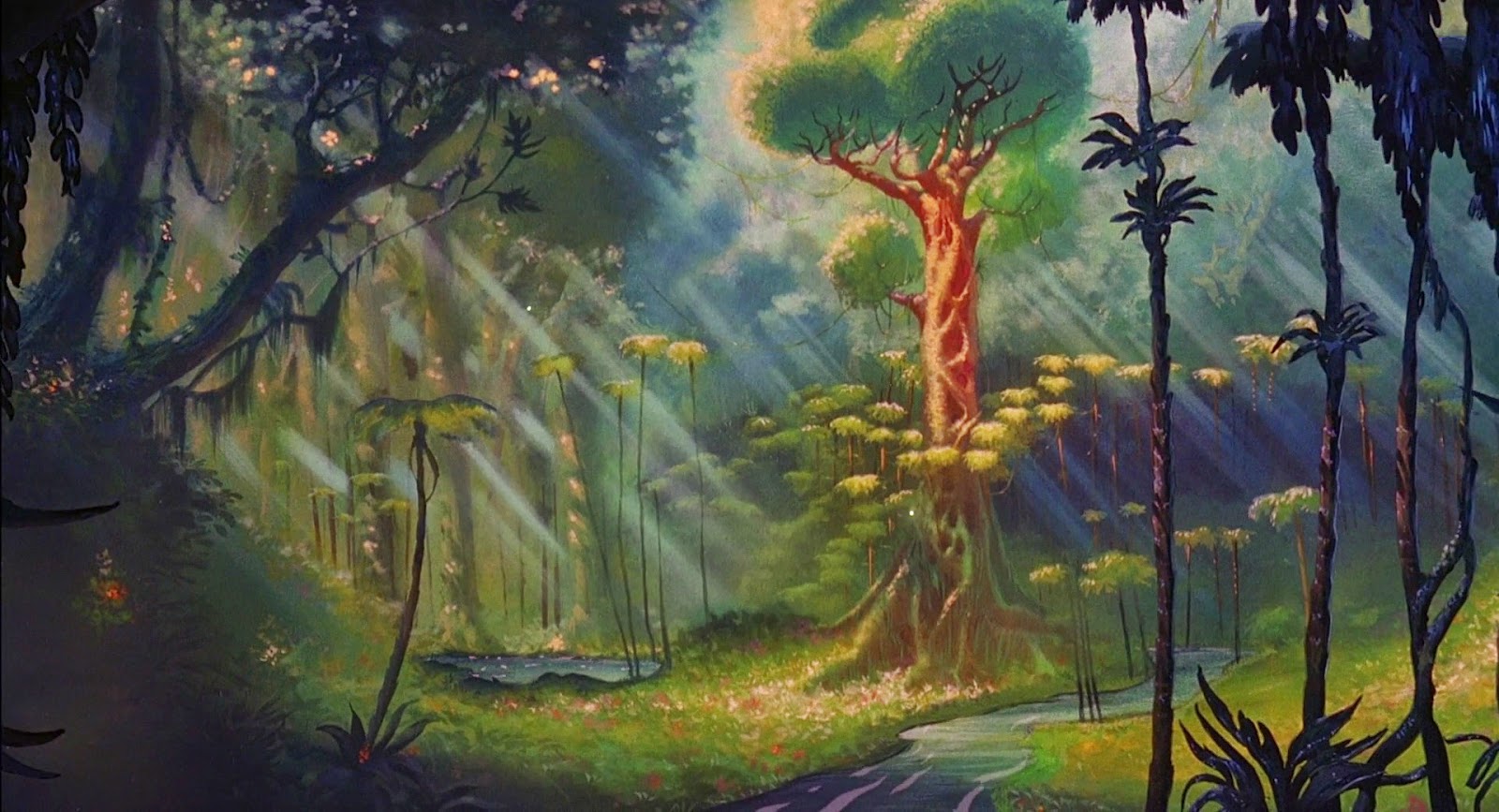 The movie also seemed to take some chances and do some innovative things with the animation.  I’m thinking of the moment when (um, spoiler alert for a 20+-year-old movie?) Chrysta sees the X’s on the cut down trees, and as she flies among them, the background turns to a blur of X’s speeding by.  It’s hard to explain, but it’s a really scary effect when you’re watching it.  And the almost cave-painting-esque style of the opening scene where Magi is telling the history was really cool too, really added to the impression that this was a story taking place long ago, having been passed down through the generations of fairies.
And then there was…Batty, Robin Williams’ freed-from-the-lab, crossed-wires bat.
I didn’t get all his references when I was 8, of course (what 8-year-old in the 90s would have seen Hamburger Hill?), but he made everything he said hilarious.  My cousin and I would often rewind certain moments several times to rewatch them because they were just that darn funny, like Batty’s pre-falling-out-of-tree “Uh-oh…gravity works!”
He was just one of the many elements (along with beautiful scenery, catchy songs, and the super-romantic-to-an-8-year-old grotto scene with Chrysta and Zak) that made this movie priceless for me.