If you’re from the Southwestern United States, Florida, Latin America, Mexico…you’ve probably seen the subject of this week’s Inspired Monday around, although you might not know what it’s called. 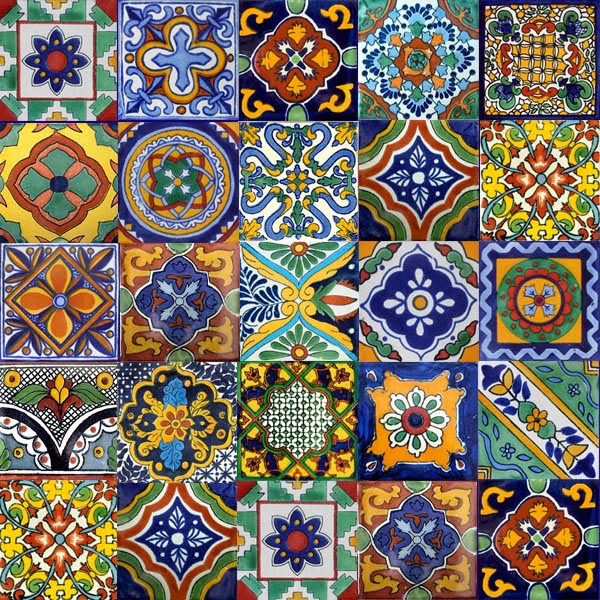 But if this looks familiar to you, then you’ve seen Talavera tile.  And you know why I love this stuff.

First off, these colors and patterns are awesome – rich colors, but simple enough patterns that they look rustic at the same time. 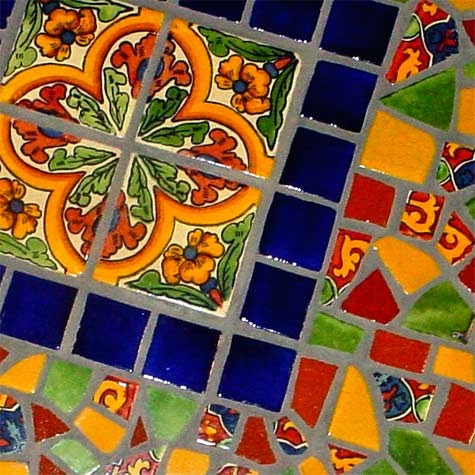 I mean, look at that!  If you saw this patterned tile floor, wouldn’t that room just feel more warm and inviting automatically?
Some of these tiles could inspire great color palettes for art too…I might even paint some stones in the near future inspired by these. 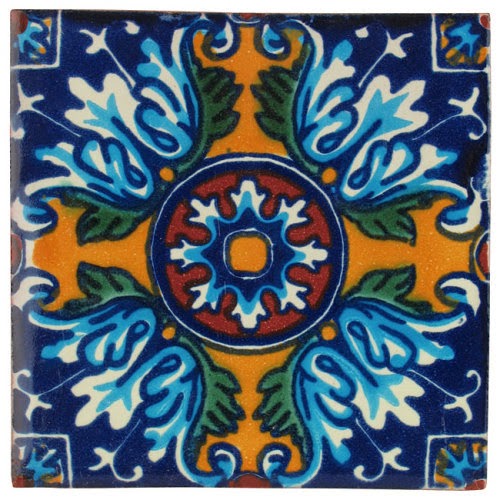 Talavera is a town in the province of Puebla, in Mexico, and genuine Talavera tile is supposed to come from there, but really the main characteristic is the white base glaze with colors layered on top of it.  Traditionally Talavera tile has only six colors, all made from natural pigments: blue, yellow, black, green, orange, and mauve, although you see lots of Talavera knockoffs that use more colors but in a similar style.  Either way, the white background glaze makes the colors stand out beautifully.

You’ve probably seen this in Mexican or Spanish restaurants or in “hacienda-style” homes, and maybe you’ve even seen bathrooms like this:

When I lived in Florida, one of the houses I lived in even had a fountain made of a Talavera-painted pot: 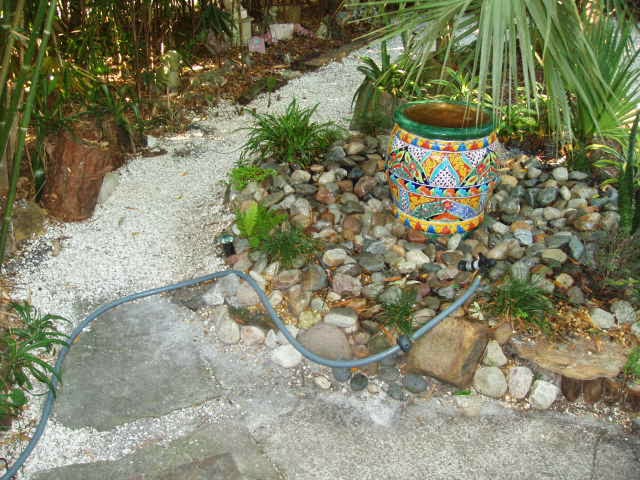 It was the coolest thing ever.
Anyone else obsessed with this style?  Ever seen any really interesting uses of Talavera pottery?  In my internet travels, I even saw a Talavera toilet, although I figured I’d spare you guys that…it would just make me feel bad to use a toilet that was that pretty, weird as it is to say that.