I probably should have posted this as last week’s Inspired Monday, but I’d already had that one planned out…doesn’t matter, because it’s still inspiring me a week after I saw it: “Once,” the musical. (warning: link will play music) 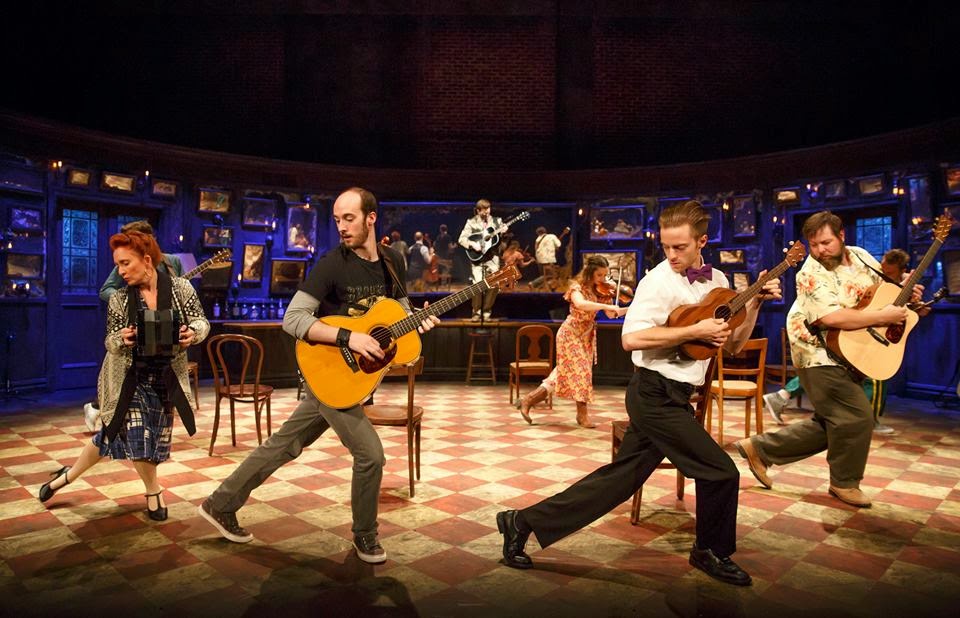 I saw the movie it was based on after it first came out, and I loved that too – I used to live in Dublin, where the movie takes place, and it really captures the musical culture of the city and the life of independent musicians.  And it applies to artists too: toiling away at your work because you love it, while keeping your day job, and always thinking, “well, maybe someday I’ll go make something of my art” until something or someone jump-starts you out of your inertia and says, “hey, buddy, someday should be NOW!”

When I heard a few years ago that it was being made into a musical, I was reeeeally excited, because I’m also a huge theatre person (I’m not always a huge musical theatre fan, although it depends on the show, but I knew this one would be good because I liked the music already).  I followed the show’s progress on its Facebook page, which I highly recommend even if you haven’t seen the show yet, not least of all because they post fun little images like this one, featuring quotes from the show: 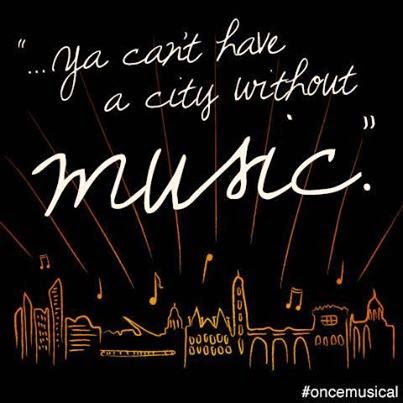 The weekend before last, the touring production of “Once” came to Tempe, an hour and a half’s drive north of us, so I went to see it with my husband and my mom.
And we were all just blown away.  For the musical, they expanded many of the characters from the movie, while keeping the movie’s basic essence and heart intact.  Actually, I felt even more for the two main characters in the musical…somehow seeing people in person, in live theatre, lets you see the depth of their emotions more than in film, for me.  And it was funny, as well as being touching!  I love when that happens! 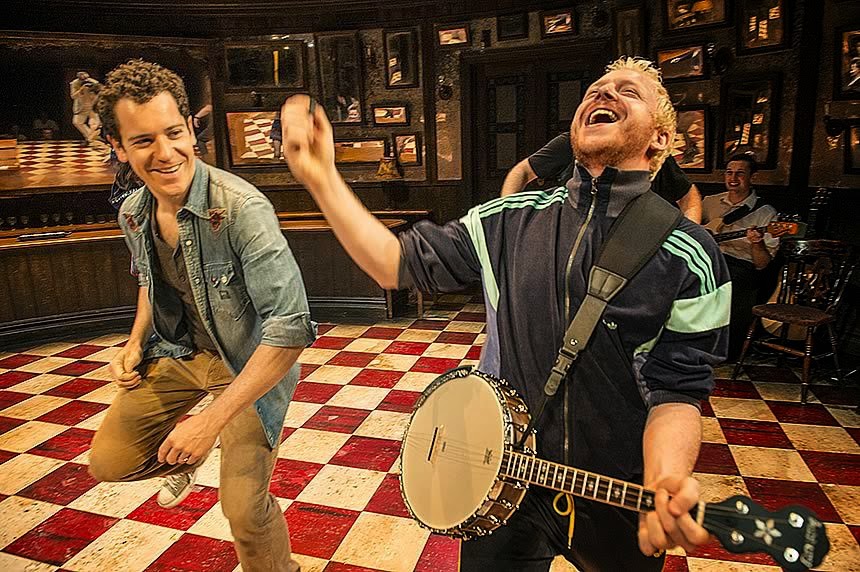 As a theatre person, I also liked seeing how they staged it – how do you portray a story that meanders all over Dublin?  They used pretty much one set – a pub – that became other locations through clever use of lighting, or by arrangement of the chairs and piano around the stage.  It proved that you don’t have to have huge, complex sets, or large moving flats, or anything really fancy, you just need to tell a good story, with good music, and have it acted well.
If you get the chance, definitely see this!  Or just get the soundtrack – I know I will.