This past weekend, our house was overrun by teenage boys.  My stepson has some friends in the neighborhood, and they come over some weekends to play video games and watch TV shows and anime where apparently a lot of the plot involves people yelling “WAAAAAAAAUUGHGGHHG!” every ten seconds. (I think it’s Dragonball.  Can’t be too sure though.)

After a couple hours of this, I needed a break.  So I retreated out to my studio and spent much of the weekend playing around with…word art! 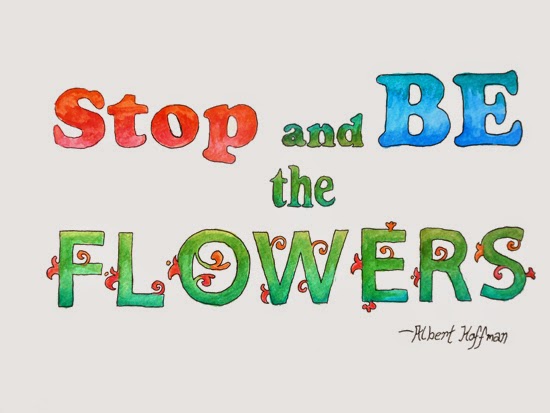 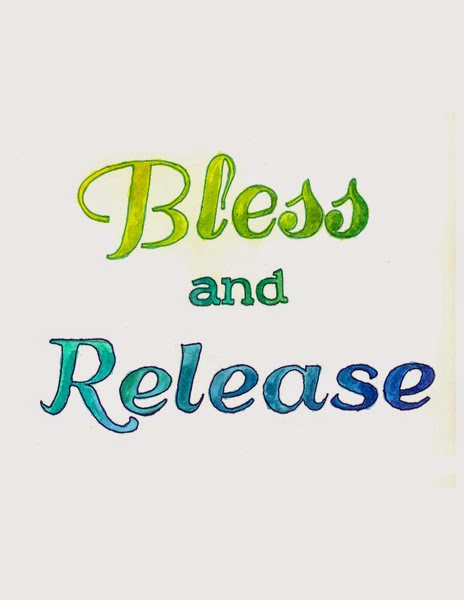 I first started playing around with this style of word art last summer, when I directed a play called Parallel Lives.  For the cast/crew gift, I made everyone prints of this watercolor piece I had done.  The quote is relevant to the play…in one scene, there are two angels who create humanity (link is to a video clip of said scene), and when they’re frustrated with decrees from on high (not God, but the middle management of angels, whose name is Cliff), their mantra is “Bless and Release.”  We found ourselves saying that to each other a lot throughout the sometimes frustrating rehearsal process, so it made sense to me to commemorate that in my cast gift.

It was super-fun to paint and design this, so I had wanted to do more…I’ve been collecting possible quotes for more watercolor word art like this (preferably short quotes, which has been the most challenging aspect), and this past weekend I said, “hey, why don’t I do something with these?” 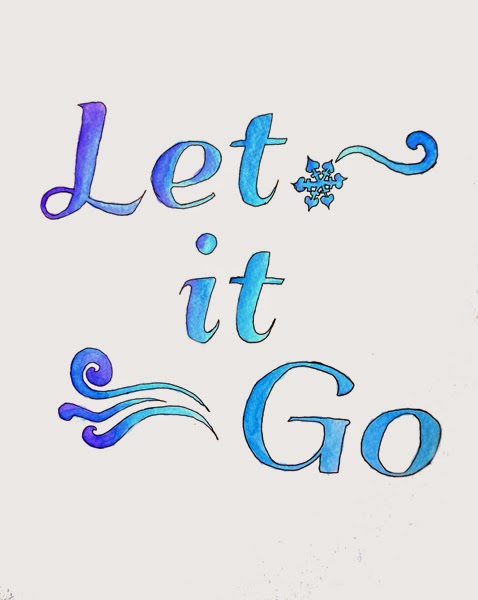 I swear, I thought up the idea to use “Let It Go” without even thinking of Frozen, I really did!  But since I realized the connection, I figured why not play it up, so I did it in icy colors and added the snowflake.  I’ll probably make a less Frozen-esque version of this soon.

These are fun, although not as easy as they look.  I spend a lot of time in Adobe Illustrator picking out fonts, and then making a rough color study, figuring out what gradients will look good.  Hand-lettering isn’t always easy for an artist like me who likes to just slap paint everywhere, since this requires a bit more precision, but it’s still fun to do for a change from my usual stuff.

And of course, I am required to inform you that these are available as prints from my store at Pixels.com.  “Bless and Release” is available as a mug and a t-shirt, too, from my shiny new Society6 store!  The rest will be up there soon, but in the meantime I might just have to buy myself a Bless and Release mug.  If you have a job where you have to get up early in the morning, and you require coffee in order to not be grouchy, I bet this mug will improve your mornings 200%, whether it’s an office job or being a deity who creates the universe.