Rockin’ on with my…uh, paint-covered self?

So I had a wacky idea…of course, that’s sometimes the only kind of ideas I have…especially now that I’m in planning/obsessing mode of preparing for upcoming art shows. (Still many months away, but I have big plans!) I was thinking of smaller things to sell, since it’s a good idea to have a range of price points, not just huge original pieces that cost three- and four-digit prices.  I’ll have prints for sale, of course, and mini-prints for even lower prices, and maybe blank greeting cards with art on the front…what else?

Well, I have a craft inspiration board on Pinterest, accurately titled, “Stuff I’ll Get Around to Doing…Someday.”  I was trawling through that recently, and I found a bunch of pins I’d posted of painted rocks.

And I thought, “Hey, I can do that!” So, well…someday was today!

Now, we have lots of rocks in Arizona, but the really smooth river rocks are harder to find in the wild because, well, not many rivers.  But I had some leftover river rock that I’d used with a potted plant years ago, and had just been sitting in a bowl in the living room ever since, so I raided those for some paintable stones.

I liked some of the almost pointillistic mandala designs I’d seen on Pinterest…abstract, but turned out really beautiful, like tiny mosaics.  I’m not quite practiced enough at these yet to make them look quite as good… 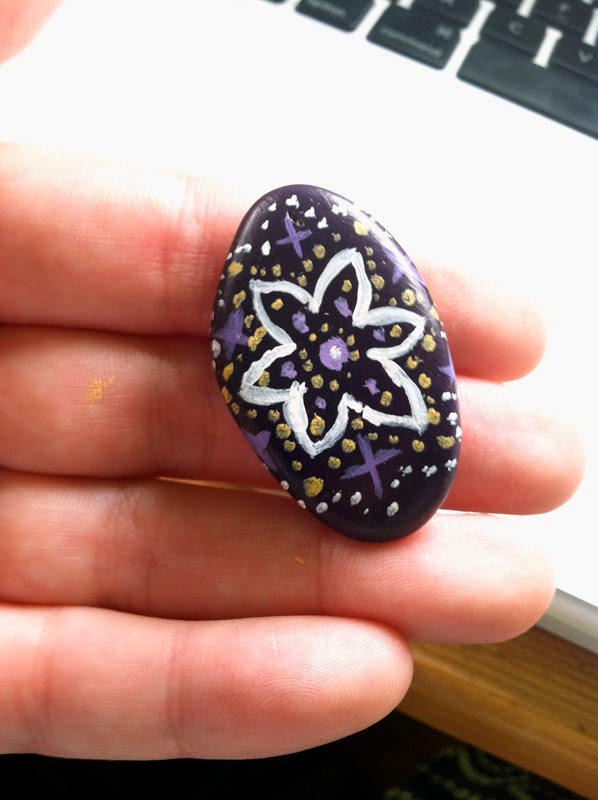 …or maybe I need a smaller brush, or a toothpick.  But hey, not bad for a first shot! 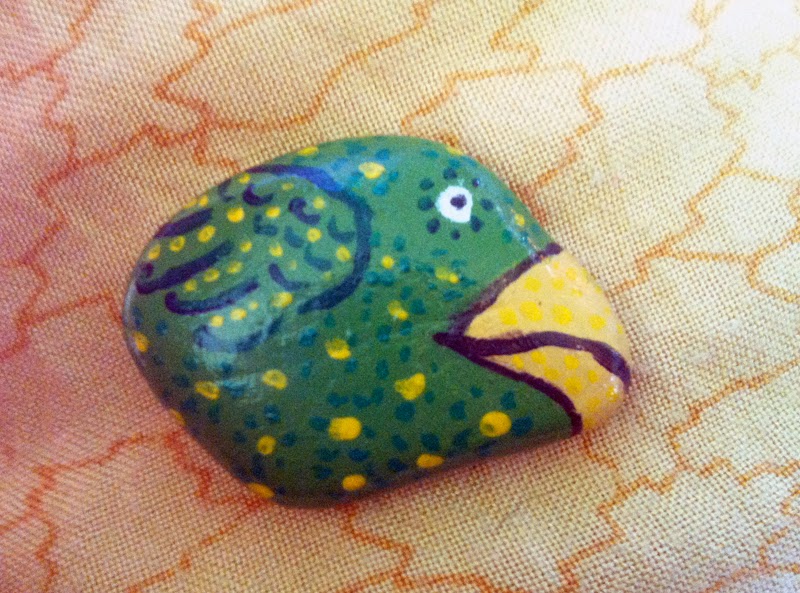 I’ve even delved into figurative painted stones…I started out painting this one all Naples yellow (the beak color), but I decided it needed to be a parrot.

It’s surprisingly addictive to make these things!  I want to have a whole basket of these at future art shows…either just selling them as painted stones, to use as paperweights or put in your garden, or making them into magnets (although I worry about the magnet pulling off during use).  What would you be more likely to buy?  Just the stone?  A magnet?  Something else made out of painted stones?