How to have a cheap, artsy wedding, Part 2: get some autographs! 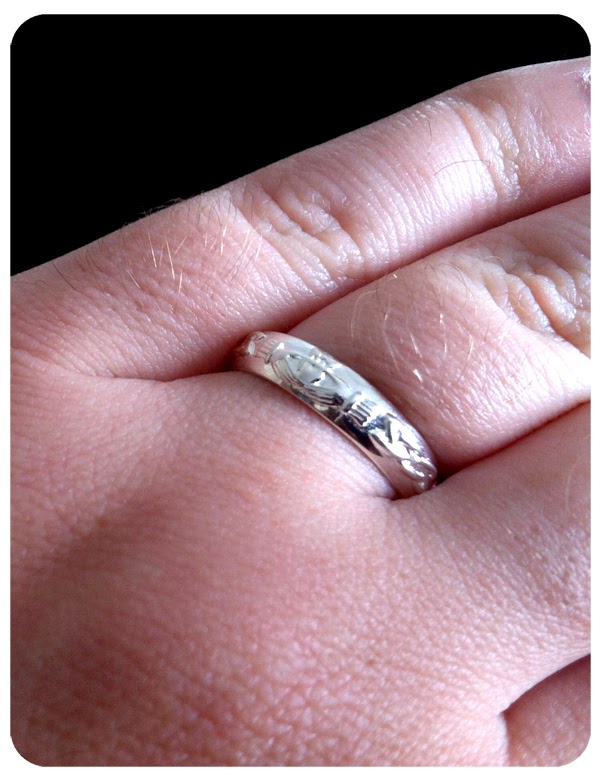 We had a seriously cheap wedding – but then, you can do that when you only invite 14 people.  And when you buy a generic white dress from Overstock.com, not a wedding dress.  And when you get an ice cream cake from Baskin Robbins and don’t tell them it’s for a wedding (although it is equally delicious as your $450 cake, I just bet you).
Since we would only have 14 people, a traditional guestbook would have been kinda weird, and would have ended up with tons of awkward blank space.  But no one ever said we were traditional.

So what I made was basically a guest…page.  Just one page, with some blank areas for people to sign, and then we’d frame it afterwards.  I had considered watercoloring our initials and wedding date, but to make it even more personal we decided to add a photo of ourselves, like so: 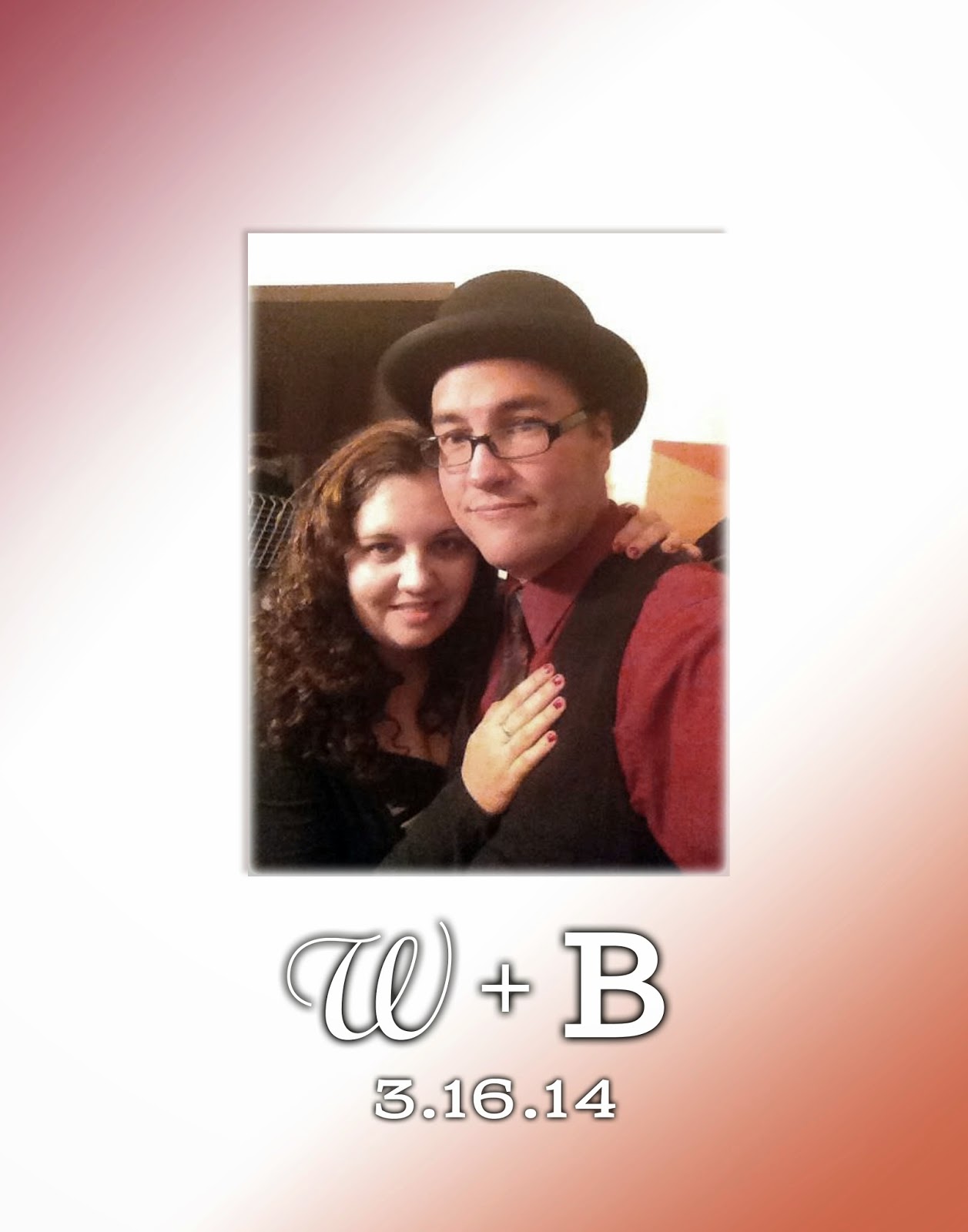 I played with the picture in Photoshop, and grabbed some colors from the photo to use in the gradients on the “mat” where people were to sign…and it helps that the orange and red colors here are prominent colors in our living room, where the photo will probably be hung!  I used one of my favorite tools, “Layer Style -> Outer Glow” around the letters and our photo, only instead of a light glow in “screen” mode, I picked a dark color glow in “multiply” mode.  I like it ’cause it’s similar to a drop shadow, but you don’t have to pick a direction for the “shadow” to go in – it just gives a nice, even outline around the whole thing.
This guest photo idea worked a treat.  We got it printed at Walgreen’s on non-glossy paper (for ease of signing), and we set it out at the reception with some pens and nudged people towards it.  My adorable 6-year-old nephew even signed it adorably in the corner.
Now what do you think?  Dark brown frame, or black, or dark red?  Would adding an additional mat around the picture be excessive, since it already has a pseudo-mat?  Anyone else wanna steal this idea? (It could apply to graduation parties, baby showers, milestone birthdays…any time when you want a bunch of people to write sweet messages to you, and who doesn’t?)
Next in the Whitney’s Cheap Artsy Wedding series: flowers!