So, as I mentioned in my last entry, I’m getting married this weekend. (That’s still a weird sentence to say!  I’ll probably be still getting used to it for the next year…but in a good way.) I’m having a veeeeery small wedding, and I’m being as frugal as possible with most things: got my dress on Overstock.com, booked a pretty inexpensive venue, etc.  And of course, I made a bunch of wedding paraphernalia myself: I made my own bouquets, floral hair thingies for me and my bridesmaid, favors, guestbook, ring carrier…probably some others I’m forgetting.

It was really fun!  I tried to minimize my stress by working on these things bit by bit over the last few months, and it’s really rewarding to have made lots of this stuff myself and put some creative skills to use.  I’m by no means the only bride ever to do this, as evidenced by Offbeat Bride and probably other websites.

I’m gonna go ahead and share, over the course of the next couple weeks, some of the wedding-related things I made, and maybe it’ll be inspiring…does that mean that this is a… *gasp!* lifestyle blog?  Well, there are worse things to be. 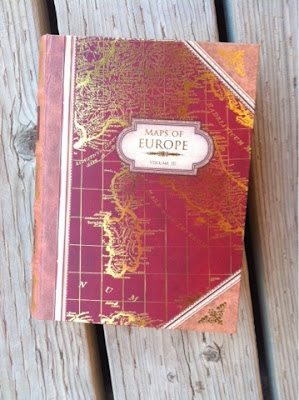 This is our ring conveyance device!  I can’t really say “ring pillow” because it’s obviously not…we decided we wanted a box instead.  We were all set to buy one of those little unfinished wooden boxes at Michael’s and stain it with some wood stain, but then we saw these fake book boxes over by the flowers and we said, “nope, we’re using this.” 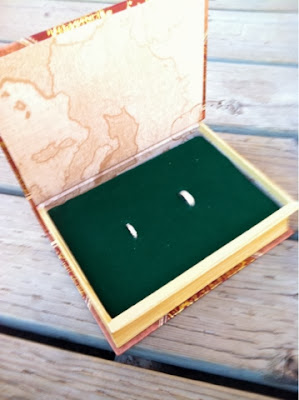 I like the ring grooves (I also just like saying “grooves”) because they’ll hold the rings in place and they won’t go flying around…and did I mention these were easy to make?  It’s also not a permanent modification to the box, so I can take the foam chunk out of the box and use the box to hold other things afterwards. 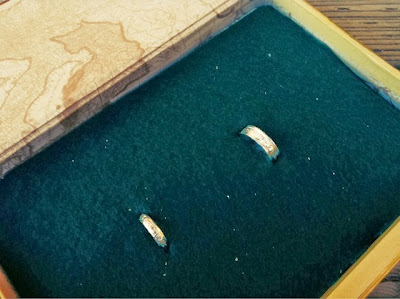 I might not, though.  It’s a pretty sweet box.

Next installment of Whitney’s Wedding Wackiness: how to make a guestbook without making a book? (The I Only Have Fourteen Guests Remix.)